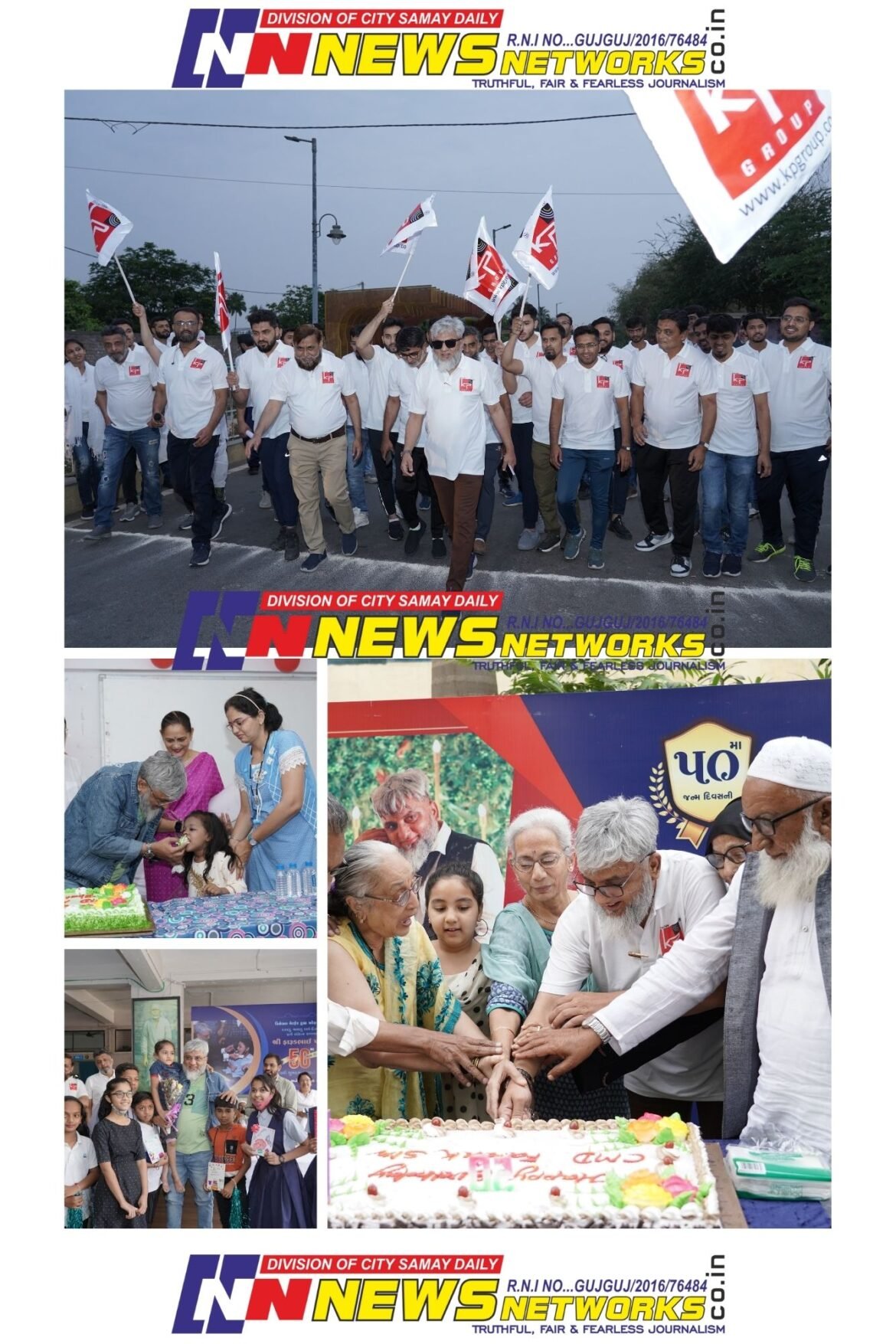 Raja shaikh, surat: The picturesque Dumas village on the outskirts of Surat city hosted the first-ever mini-marathon event to raise public awareness about health issues. Thanks to the KP Group’s chairman and managing director (CMD) Faruk Patel, who decided to celebrate his 50th birthday to spread health awareness among the people and ensure a healthy future for the country, the state, and their families.
Faruk Patel is well-known in Surat for his charity and social endeavors, in addition to being a successful businessman. Every year, a cake-cutting ceremony is held at Patel’s home to honor his birthday, which is attended by staff, family members, relatives, and well-wishers. Because it was his golden jubilee birthday, Patel decided to celebrate it uniquely. A fitness enthusiast who adheres to his daily exercise routine, Patel thought of organising a mini-marathon to promote public awareness about health issues and obliging the participants to take oath to be health-conscious.
Not just the mini marathon, a slew of social activities and donation events were held on March 24 to celebrate Patel’s 50th birthday. After attending the mini-marathon at Dumas, Faruk Patel drove straight to the Ambikaniketan Trust-run Old Age home, where he was invited by the elderly inmates for the cake cutting ceremony. AS a return gift to the elderly inmates, Patel announced to donate a fridge for storing the daily supplies of vegetables and milk.
At the Modeshwari Old Age home located in Bhatha village, for instance, Patel inaugurated the solar rooftop system of 25-kilo watt capacity that will help save Rs 36,000 worth of monthly expense on paying the electricity bill. Also, Patel donated Rs 1 lakh to be used for the medical expenses of the elderly inmates. All the elderly inmates at the Old Age home, who saw their sons and daughters in Faruk Patel, hugged him and prayed for his long life.
The elderly inmates recalled the kind gesture of Faruk Patel for inviting them along with the disabled children at his son Affan Patel’s wedding ceremony and offering them gifts and delicious food.
The Disabled Welfare Trust of India (DWTI) run by Padma Shri, Dr. Kanu Tailor had organised a cultural programme to celebrate the 50th birthday of Faruk Patel. The disabled or ‘divyang’ children of the trust participated in the cake cutting ceremony, where Patel announced setting up an Old Age Home for the disabled elderly people in Surat. Patel’s parents—Gulam Patel and Rashidaben Patel—planted about 50 tree saplings in the DWTI campus to celebrate Faruk Patel’s birthday. It must be noted that about 91 divyang children from DWTI were taken on the pilgrimage to Haridwar by Faruk Patel and he has pledged to sponsor about 12 divyang Muslim children along with their mothers for the pilgrimage to Mecca and Madina.
Patel, who has adopted two Surat Municipal Corporation (SMC) run Nagar Prathamik Shikshan Samiti schools—school 105 and 149

Advertisement
—was invited at the awards distribution event for the drawing competition held on the theme of ‘Renewable Energy’ on the occasion of his 50th birthday celebration. The children and staff members participated in the cake cutting event to celebrate the golden jubilee birthday celebration of Faruk Patel.
After the DWTI event, Patel was drove to the Central Jail at Lajpore for the inauguration of the solar water heaters for the jail inmates. For the upliftment of the jail inmates, the KP Group’s KP Human Development Foundation has been working efficiently for the last many years. Till now the foundation has donated five roti maker machines, 12 solar water heaters, and gym equipment for the welfare of the convicts. On his 50th birthday, Patel planted 50 tree samplings in the Jail premises and distributed ice cream to the inmates.
A big birthday bash was organised at the KP House on the night of March 24. It was here that all the staff members of the KP Group attended the medical check-up camp along with Patel.
The core team of KP Group released a documentary film depicting the life of Faruk Patel and his journey from struggle to success and the launch of Wikitia. The underprivileged and footpath dwellers residing near the KP House were fed with a sumptuous meal and they joined in the cake cutting with Faruk Patel.
On his birthday occasion, about 600 orphans from the Yatimkhana and Mahajan Anathashram were given a treat of delicious food and Patel’s birthday was celebrated with the cake cutting event.
Bharat Patel, an employee of the Dakshin Gujarat Vij Company Limited (DGVCL), who lost both his arms due to the electric shock while on duty visited the KP House along with the deputy engineer of DGVCL, Hirabhai Patel to wish Faruk Patel on his 50th birthday. Immediately after the incident, Faruk Patel had extended financial support to Bharat Patel for fixing artificial arms.
Meanwhile, many organizations including the Bharuchi Vohra Patel Surat Federation, Muslim Education Society, etc., had organised events to celebrate the 50th birthday of Faruk Patel.
The main highlight of the birthday celebration was the release of about 50 postage stamps highlighting the life and work of Faruk Patel. The postage stamps have about 50 pictures of Faruk Patel in figurative expressions that were released by his father Gulam Patel and mother, Rashidaben Patel, who prayed for their son’s long life.
Advertisement
Post Views: 170
Share
Facebook Twitter Pinterest Linkedin 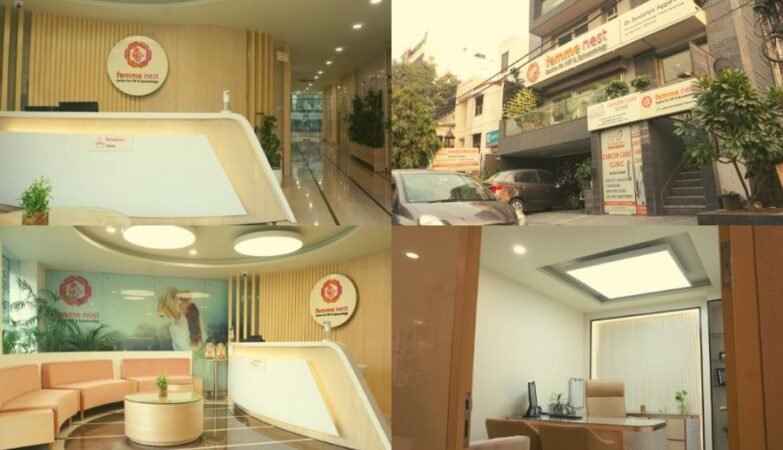 Delhi’s Elite Finally Have a Top-Notch Gynaecology and IVF Centre! 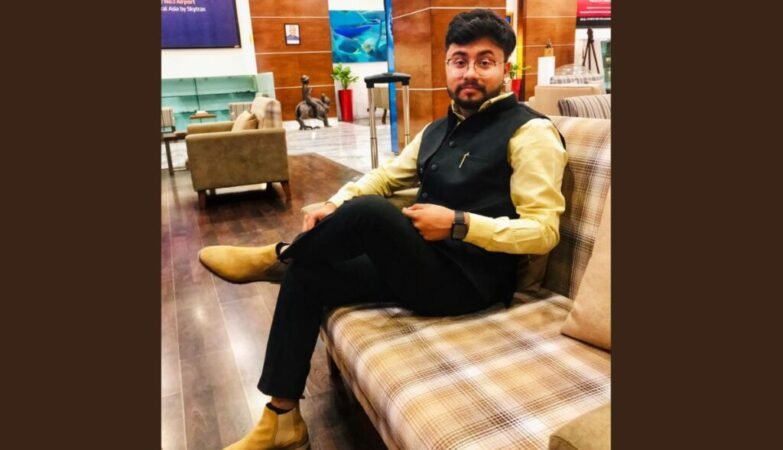 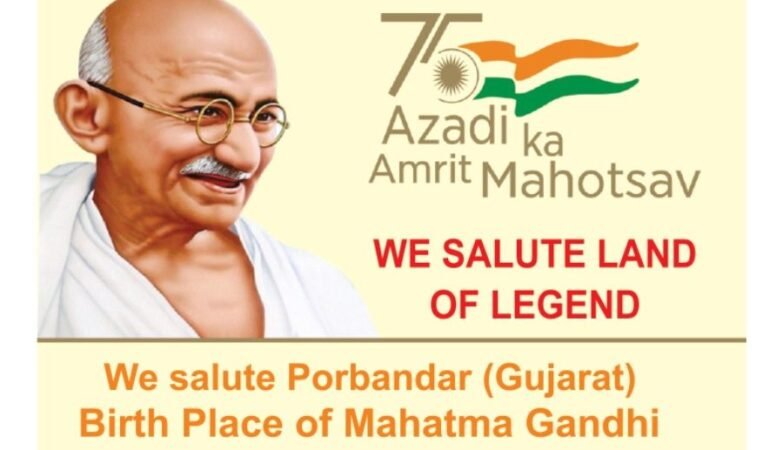 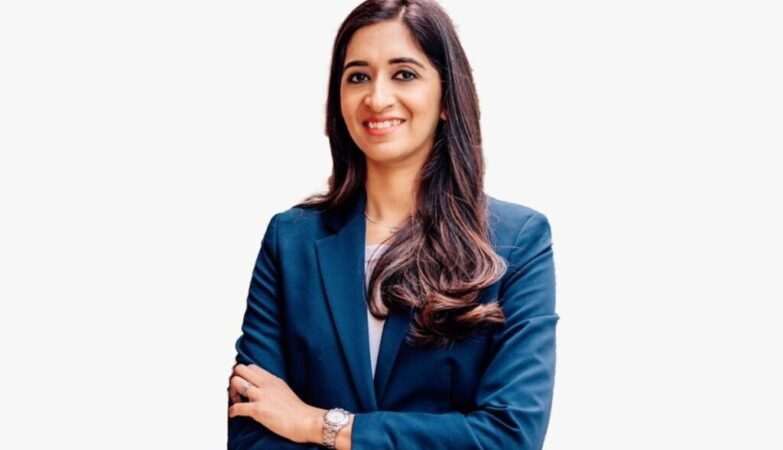